Many TEL athletes represented their schools at the SSAA Scottish Schools’ Cross-Country Championships, which took place at Hopetoun House Estate in South Queensferry on Saturday. With 685 entrants from secondary schools across Scotland, it was a major event in the Cross-Country Calendar.

Set in the rolling parklands of the estate, the event provided a selection opportunity for athletes hoping to compete for Scottish Schools in the Schools’ International in Ireland later in the year. Weather conditions were initially favourable for the younger age groups but deteriorated to driving rain and hard winds later in the day.  TEL endurance athletes however shone through with three heading to the podium to pick up medals and at least four now waiting expectantly on a call up to the Scottish Schools’ Team.

After a decisive break from the field with 600m to go, Corey Campbell of Dunbar Grammar School took the Gold Medal in the U14 boys’ race in a time of 15m53s.

Also taking a Gold Medal was North Berwick High School athlete Cera Gemmell in the Over 17 women’s race, comfortably crossing the line in a time of 15m03s.

Angus Chandler headed to the podium to pick up a Silver Medal as part of the Stewart’s Melville College Team having competed in the Boys’ 15-17 race, coming in fortieth.

Other noteworthy performances were from the U14 Girls’ race: Rudie Shearer of Knox Academy in 24th; Cristina Elliot of Portobello High School in 26thand Jessica Bullen of Dunbar Grammar School in 87th.  In the Boys’ 15-17 race: Robbie Anderson of North Berwick High School in 46th. 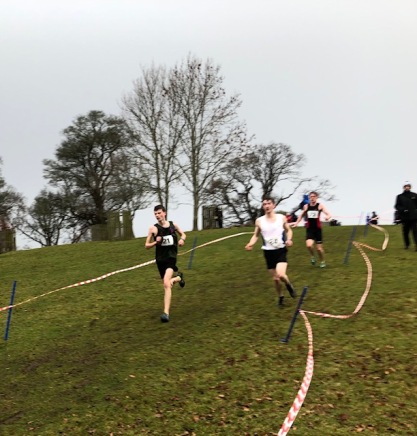