The Scottish Athletics Indoor League Finals took place at the Emirates Arena in Glasgow on Saturday.  With over 40 teams taking part over three matches throughout the winter, only the top six teams per age group made it through to the Finals.

Taking an impressive Gold podium position were the youngsters from Musselburgh and District Athletics Club – Howie Allison, Max Rickis and Donald Ross who represented Team East Lothian in the U11 Boy’s Team Competition.

The event also played host to a relay competition with the Bronze podium positions going to the U11 Boy’s team of Howie Allison, Max Rickis, Donald Ross and Ross Dargo from Musselburgh and District Athletics club representing TEL and the TEL U20 Men’s team of Lewis Goodall, Cameron Smith, James Fraser and Chris Stewart. 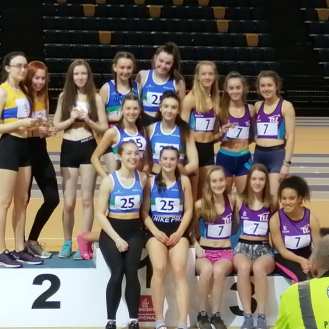