The Lindsays National Cross-country Relay took place on Saturday in the undulating grounds of Cumbernauld House, delivering the required level of hills and mud for a competitive cross-country.

With 2534 names on the start-list, East Lothian athletes were keen to join Callum Hawkins, fresh from his 4th place success at the World Championship Marathon in Qatar.

Also taking place at the weekend was the Scottish Athletics Indoor League at the Emirates in Glasgow with Team East Lothian competing in all events across multiple age groups.  Results are still pending but team manager Lesley Buchan is confident they are well placed in the League. 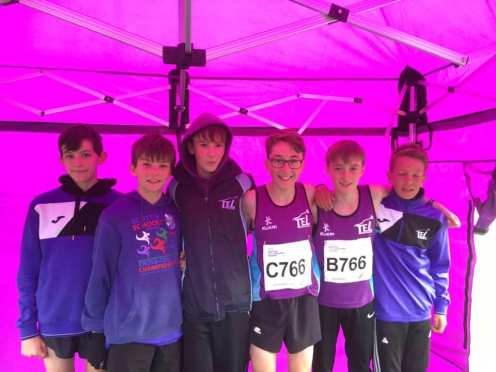